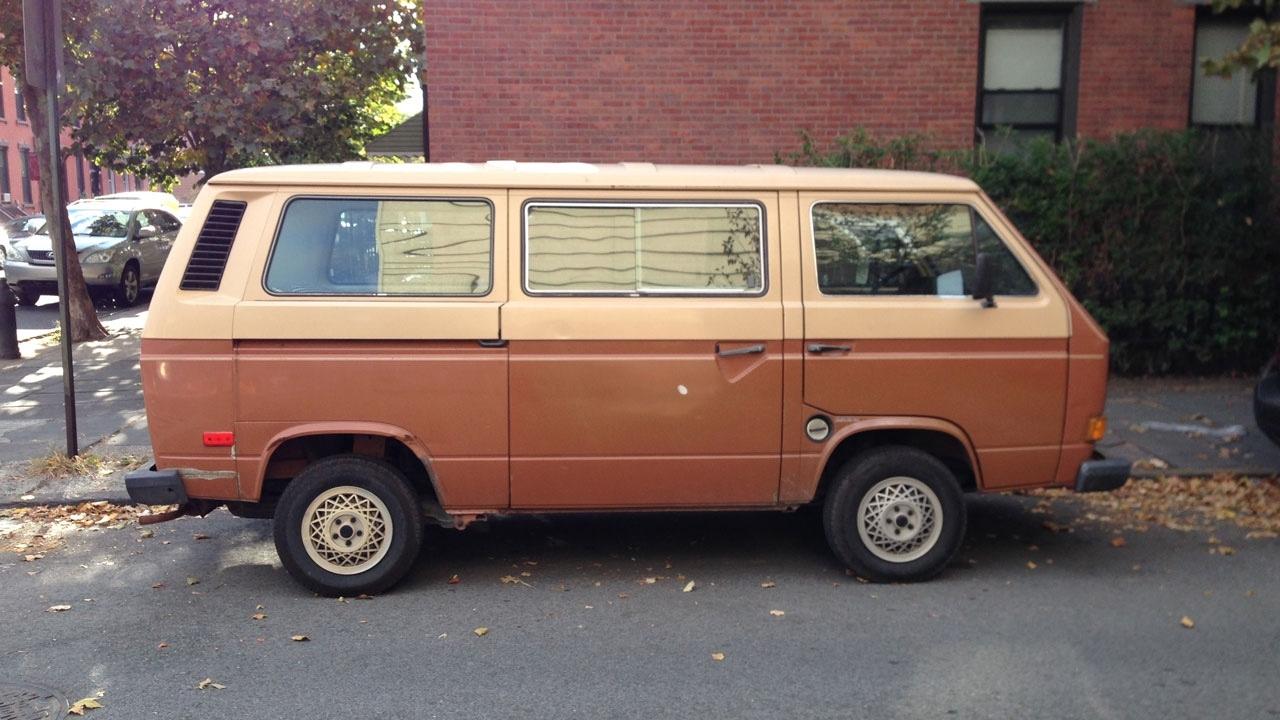 In the Fall of 2012 Alex Clark was living in Manhattan’s East Village when Hurricane Sandy hit. With a cool apartment that was a little too close to the ground, floodwaters rushed in and he lost everything. “The water was up to my neck” he says. A minimalist at heart, Alex would eventually use the opportunity to reinvent his life and try something new: living in a vehicle.

Of course, the path from apartment to vehicle wasn’t that straightforward.

He had gotten insurance money for his damaged belongings, but the owners of his building had lost quite a bit from the storm as well. Paying lower rent as the building’s de-facto handyman, the owners now needed to charge market rate, which was over $4000 per month. As a fellow business owner, Alex understood their situation, but he also realized “there was no way I could justify paying four thousand dollars for a one bedroom apartment.” 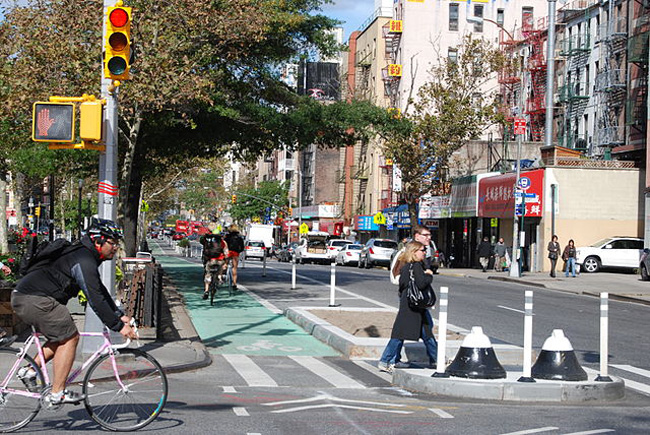 The Lower East Side, Manhattan.

When asked if his locale on the lower East Side was particularly expensive, he said “it used to be the punk rock, trendy neighborhood, and there’s still part of that, but you’ve got a lot of people moving in.”

“There’s a definite half-life or shelf-life for having a cool neighborhood and having it affordable because people come in, the money comes in and shops open. I’m probably part of the problem, I opened a café and wine bar and frankly that was six years ago…it wasn’t the best neighborhood but it’s changed a lot and so I was effectively priced out.” 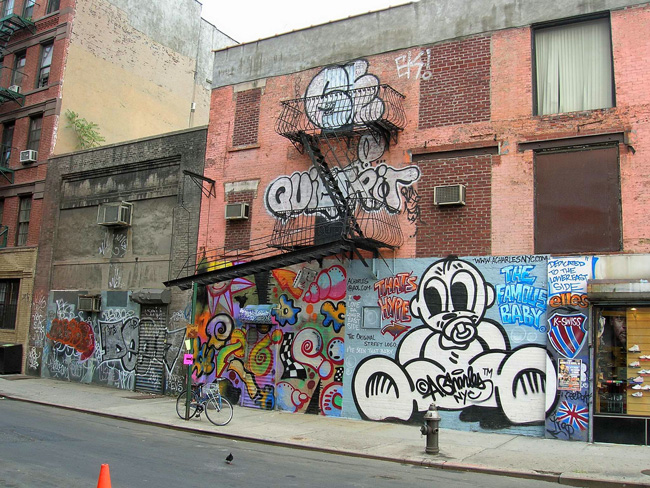 Another face of the Lower East Side.

Alex didn’t renew his lease, spending a month visiting his girlfriend who’s in school on the West coast. He had arranged to return and sub-lease a friend’s lower-rent apartment, but the deal fell through the day before he came back. He says “all of a sudden I ended up in New York, totally homeless.”

Alex began hopping around friends’ apartments and doing small DIY projects for them to make it a win-win. With a coffee shop to run and another shop opening soon, he said “it started becoming too much of a time sink to be painting a room and running a business and opening another one.”

The weeks when he didn’t plan ahead he’d end up sleeping in his Honda Accord. When it got cold, he was unprepared and used a couple of tablecloths for blankets. He was parking on the street, but with so many customers in the neighborhood, things got a little weird. He laughed as he said he starting parking in other neighborhoods and commuting in. “It was ridiculous, sleeping in my car, and then commuting in rush hour through the city, to my neighborhood.”

“After about a month and a half of kind of bopping around friends’ apartments and the car, I was like, ‘I’d love to do this but I can’t live in the car; I need a van.’” He eventually purchased a 1982 VW Vanagon, with a budget he'd set at $4500. 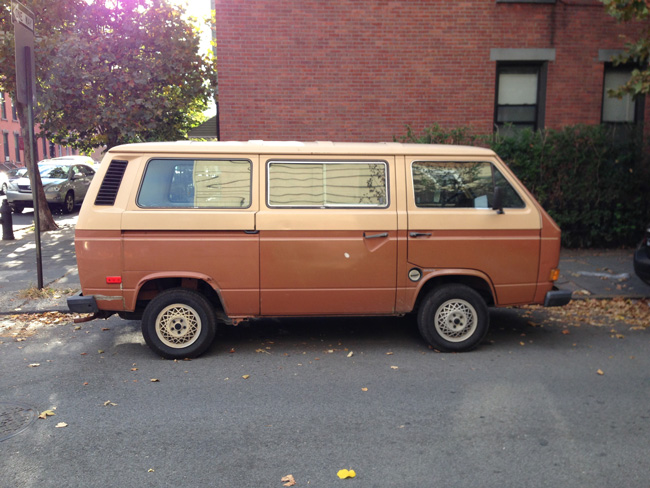 The Vanagon, on location.

When I asked him if he had doubts while purchasing the van, he said he was pretty certain about it. After nearly a decade of living in his neighborhood, he was also kind of fed up with the whole situation, with the landlords, and with being priced out. He said things eventually got to the point where he said “I’m living in the van and no one’s going to stop me and this is my neighborhood and I’m putting my foot down.”

He explained further, saying “I think that kind of attitude helped keep the doubts out. And in the back of my mind, I knew that this is the way to do it. If you try to analyze everything…”

Alex found a parallel parking spot in a quiet residential area, two blocks from his coffee shop, and a couple of blocks from the YMCA, his gym. Going there every morning to shower, he eventually began working out more. He says he's now in better shape than he's been in years.

Alex’s work situation also dovetails nicely with the van. “I worked in the stock market for three years before I opened the coffee shop and I couldn’t have lived in a van then because I’d have to travel, I’d have all these suits, I’d have my shirts, ties, shoes...but if you can do your work on a laptop and a small filing cabinet, that’s easy to fit in a van" he said. 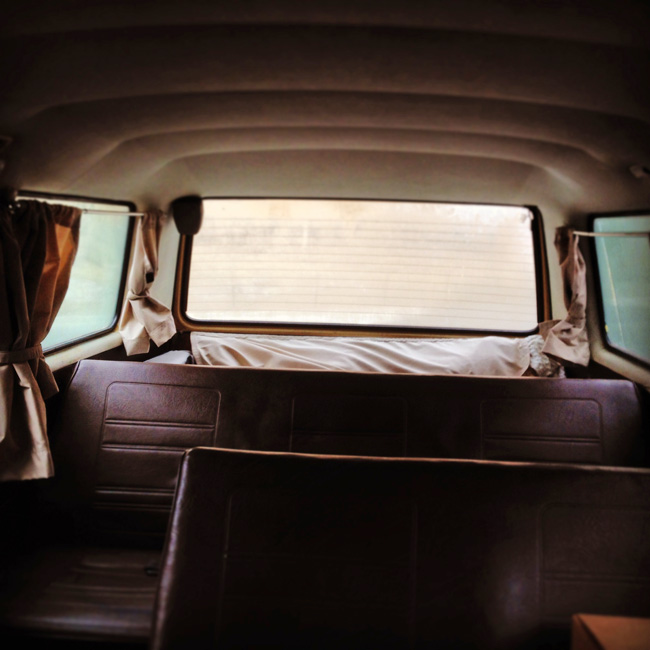 The van during the day. With the curtains open and the seat up, it just looks like a normal van.

No matter how comfortable the vehicle is, Alex says “eventually you don’t want to spend all your time in the van, even if you’re super into the van life. If I have a four-hour break, I’ll try a new coffee shop, or I’ll go to a park or I’ll find something to do. It does force you to be a little more creative with your free time.”

“You definitely meet more people, just as a function of being outside more, no matter what you do with your life and depending on how many people you’re telling about living in the van, your life definitely gets more interesting.”

When it came to using the bathroom, Alex initially determined that he wouldn’t be using the van for that. After getting comfortable during some cold nights last winter and not wanting to get dressed and leave, he finally resolved to keep a wide-mouth bottle around, just in case. On those occasions where he did use it, he was also initially self-conscious about carrying it in his messenger bag to the bathroom at his coffee shop the next day, something that eventually became trivial for him. For more serious bathroom stuff after-hours, he orders something “to go” at one of the 24-hour diners in the neighborhood, and uses their facilities while he’s waiting.

Regarding living in the van, Alex said "there's a lot of benefits and in a way it's very easy," but he also explained that stealth is a top priority. To get in the back to sleep, he gets in the driver’s seat and fumbles around in the glove compartment or turns on the engine until there aren’t any pedestrians going by. “Then I open the curtains that I’ve strung behind the seats, jump in the back and close them up again. So it is a bit of a dance but I’ve never had an issue with it and there’s a ton of pedestrians.”

To get out, he peeks over the top of the curtains, and reverses the process. He says "once you’re in the front seat, getting out is easy, because you don’t have to jump into the back, it’s just like 'Ah, some dude getting out of his car.'"

The need to be stealthy has also meant Alex gets in the van and goes right to bed. He's found the perfect position for sleeping, and says that he actually gets great sleep, even better than he was expecting. "I’m not up so late and when I get home I’m not sitting there with a TV on or a computer on or just kind of putzing around. You go home and it’s dark out and you go to bed and I feel like I'm slowly getting more in tune with what feels like a natural rhythm" he said. 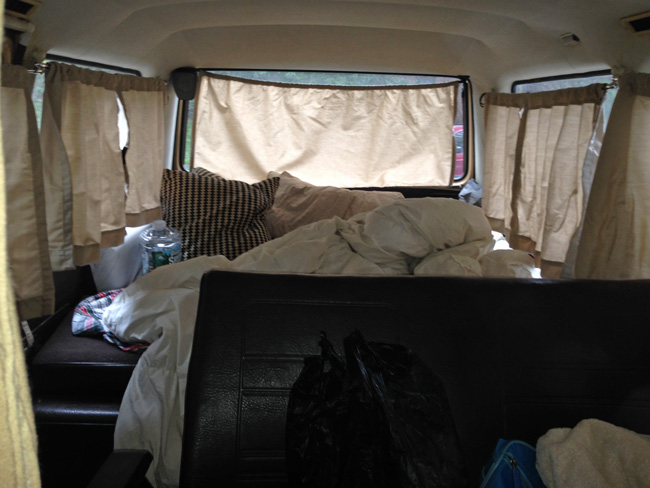 The van, ready for sleeping, with curtains closed and rear seat folded down.

For Alex, living in the van has allowed other areas of his life to expand, such as his business. "I actually just opened a second shop in February, another reason why I ended up living in a van" he explained. "I’ve got other stuff that I want to do with limited income. If I was paying X thousands of dollars a month, I wouldn’t be paying off my debt, I wouldn’t be in as good a position to contribute capital to my next business."

With a storage unit full of furniture from his old life, he is slowly whittling down his possessions. "I'm in the process of selling everything" he said. "For me, there's a certain sense of accomplishment and freedom of not having excess belongings. So once you're living in a limited space, there's this kind of happiness and peace that comes with just not having stuff around."

"I don’t think we need, I need, we – like a capital W – We need all this stuff to have a fulfilling, successful life and I’m actually a lot happier now than I’ve been in ages just through simplicity..."

Regarding getting to simplicity and living in the van, he said "it's very hard to make big changes to your life without just kind of jumping off a cliff or lighting a fire under yourself because you'll tell yourself you'll do it tomorrow but you always talk yourself back from the edge of the cliff."

"But when you're actually doing it, it's surprising what you'll discover about how little you want or what your threshold of comfort is and you start to learn a little more about yourself."

When I asked how the experience of living in the van had changed him, he replied that "you definitely have more self-confidence about just facing basic stuff."

"That confidence just boils over to other parts of your life. Because now I'm planning on moving out to Portland at the end of this year to live with my girlfriend and I don't think I would have done that a year ago...because there are these big issues of...who's going to run my business, I have to find a manager...but it was just like, you know what -- I'm just going to go and I'll land on my feet. I'm a capable guy, I've got a head on my shoulders, I'll figure out the problems. You just kind of light a fire under yourself and decide to do something."

I think what we can glean from Alex's story is that if we have the courage to break from the herd, step out of our comfort zone and see what happens, we often end up with a life that we thought was formerly impossible. After exercising the courage to try the new arrangement, Alex learned a lot about himself and his needs, and also gained confidence in other areas of his life. Another notable thing here is that he quit spending on housing and was able to ramp up investment on something that was way more important to him, his business, a move that may have turned the tables on his entire financial future.

An obscure topic to many, vandwelling is actually quite a movement, especially in higher-rent areas. I personally didn't know much about it until I read How to Live in a Car, Van or RV--And Get Out of Debt, Travel and Find True Freedom by Robert Wells, a very thorough book on the subject (highly recommended if you're interested in this topic). I mentioned the idea to a friend, and she put me in touch with Alex.

If you liked this article, please share it!  Let everyone know you think living in a van is cool (I dare ya ;)

Would you ever consider something like this? Let me know in the comments! 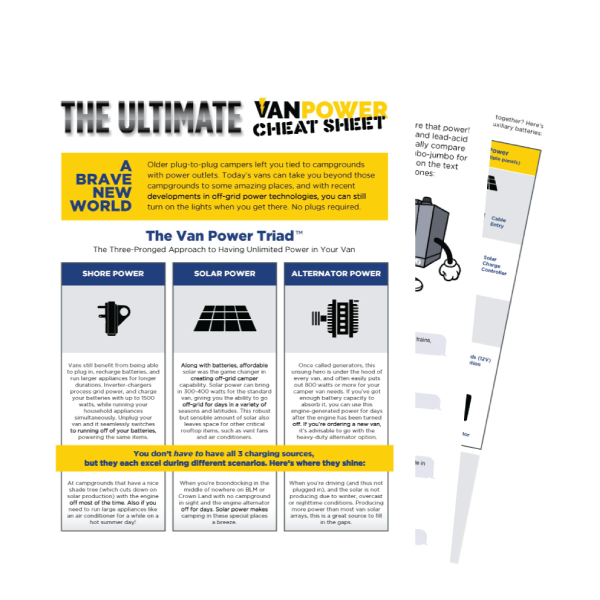 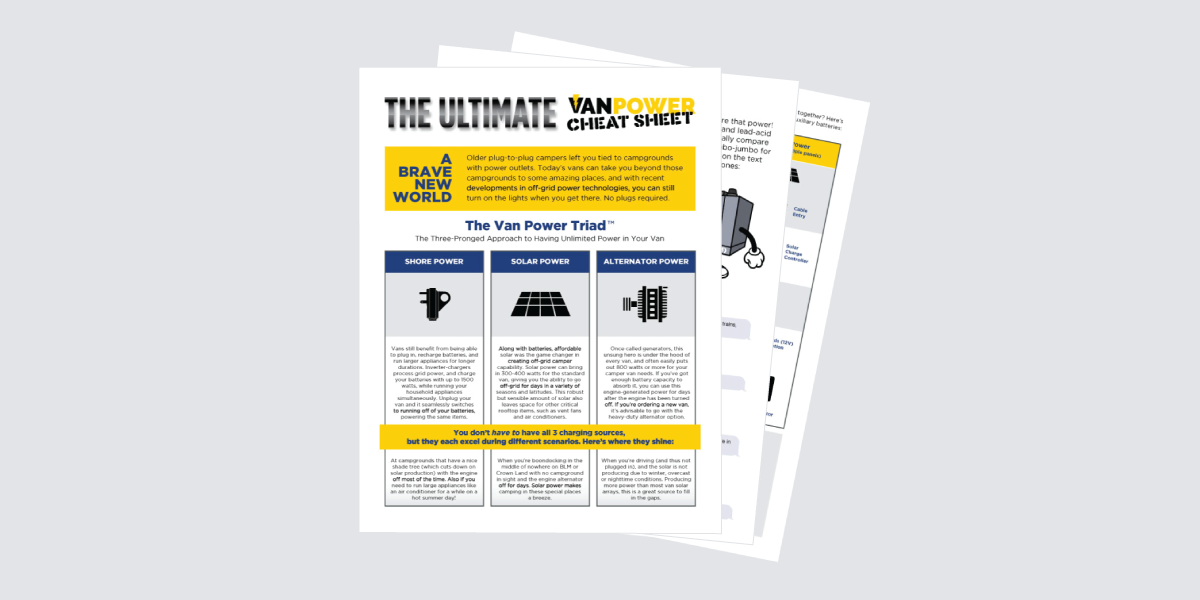